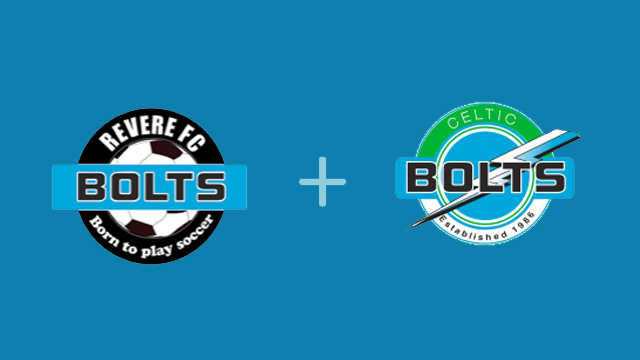 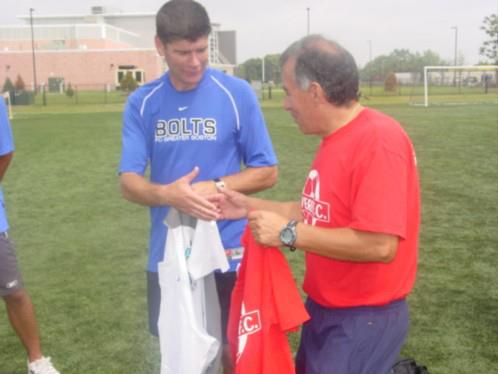 Through the hard work of Brian Ainscough, FCBC’s Coaching Director and Cesar Salazar, Revere FC’s Director, FC Bolts Celtic is now affiliated with Revre FC.. This affiliation will combine both clubs resources for the betterment of both parties and more importantly the players
Ainscough states – “We are really excited to work with Revere FC. Similar to us, Revere is a great organization that is very dedicated to its players and has a player centered approach. This is great for both clubs and we look forward to expanding this relationship as we move forward”
Players from Revere FC will have access to FCBC’s resources and FCBC players will have acces to Revere FC’s resources. For instace FCB and Revere FC coaches will join forces to run clinics for both clubs. In addition Revere FC players are invited to all FCBC run events. Through this partnership players will have more apportunities to improve as socces players and improve as individuals and citizens.
Revere FC started as a U11 team in 2000. It has grown into 6 teams that compete in Maple the state cup and others tournaments. Players on Revere FC are mostly from Revere, Chelsea and Everett.
Cesar articulates – “Wea are excited to get involved with such a well respected club, work together and learn from each other. I think this relationship has a great future. Most players come from families of recents inmigrants that are just starting out and this relationship gives them more opportunities”